Bringing two visions together for the sake of a fuller worldview

the men and women who did science also had faith in God. From Hildegaard of Bingen to Isaac Newton, they studied the physical universe with their physical eyes, and beheld a spiritual world through “eyes of the heart.”

Today, faith and science have grown apart. They take different paths to truth, relying on different premises, procedures, and proofs.

Welcome to the conversation. Feel free to get involved, by submitting comments on articles or a letter to the editor.

It’s coming soon to DNA near you. And theologians need to get ready.

What’s the most important invention of our lifetime?

Ten years ago, I would have said the personal computer or the Internet. Now it looks like the most important invention of our lifetime is not going to be digital but biological—namely, the new technology called CRISPR-Cas9.

The Internet has revolutionized how we know. But CRISPR holds the potential to revolutionize who we are, physically speaking, at the basic level of our DNA.

Most people would not know or care that CRISPR stands for “clustered regularly interspaced short palindromic repeats,” anymore than most could recall that DNA stands for deoxyribonucleic acid. But we do know, in our information age, that no information matters more than DNA, because DNA is the molecule that tells cells what to do.

DNA instructs cells to grow bodies that are human, bovine, or equine. DNA tells cells in human bodies to become hearts, livers, or brains. It tells brain cells to become healthy or cancerous. The power and potential of CRISPR is that it lets us tell our cells something different—something we design. As scientists rapidly learn more of the genetic codes that cause a particular disease, they already have in hand an incredibly powerful tool for editing those codes and thus curing the disease. ...Read More

How Churches of All Sizes Can Survive (And Even Thrive) in a Post-Pandemic World.

Streaming other churches’ content is one way smaller churches can move from maintenance to missional mode.

Once the pandemic first hit, the frantic shopping began. Most people went straight to big retailers—Walmart, Costco, and Amazon.

Stock market guru Jim Cramer voiced concern that only these behemoths would be left standing once the crisis finally fades. The little guys, already steadily losing market share, will have finally lost.

It makes you wonder about little churches. How will they fare in the COVID 19 era?

So far and overall, smaller churches ( < 100 in attendance) have been doing okay. Americans religious commitment has declined in the past ten years, though not so drastically as some headlines suggest.

Many more American adults now say they are religiously unaffiliated or “nothing in particular.” But this increase in “nones” (from 17% in 2009 to 26% in 2019, according to Pew Research Center) can be largely attributed to a corresponding drop in “nominals”—that is, people with weak religious ties who were never regular churchgoers in the first place. ...Read More

The value of cooperation, in science and theology, from the Manhattan Project to the Council of Chalcedon

“In the race to develop a SARS-CoV-2 vaccine, everyone must win.”

So writes Seth Berkley, in an editorial for Science magazine (March 27, 2020).  Dr. Berkley, CEO of the Vaccine Alliance in Switzerland, urges cooperation in overcoming COVID-19.  He says it calls for a joint, international effort among scientists—comparable to the Manhattan Project, in terms of sharing expertise, information, and resources. “The Manhattan Project during World War II didn’t just bring about nuclear weapons quickly,” Dr. Berkley writes. “It led to countless changes in how scientists from many countries work together.”

As an example of cooperation, the CERN project comes to mind. To design and run the 17-mile long Large Hadron Collider (particle accelerator or “atom smasher”) in Switzerland, ten thousand scientists came together from 100 different countries. 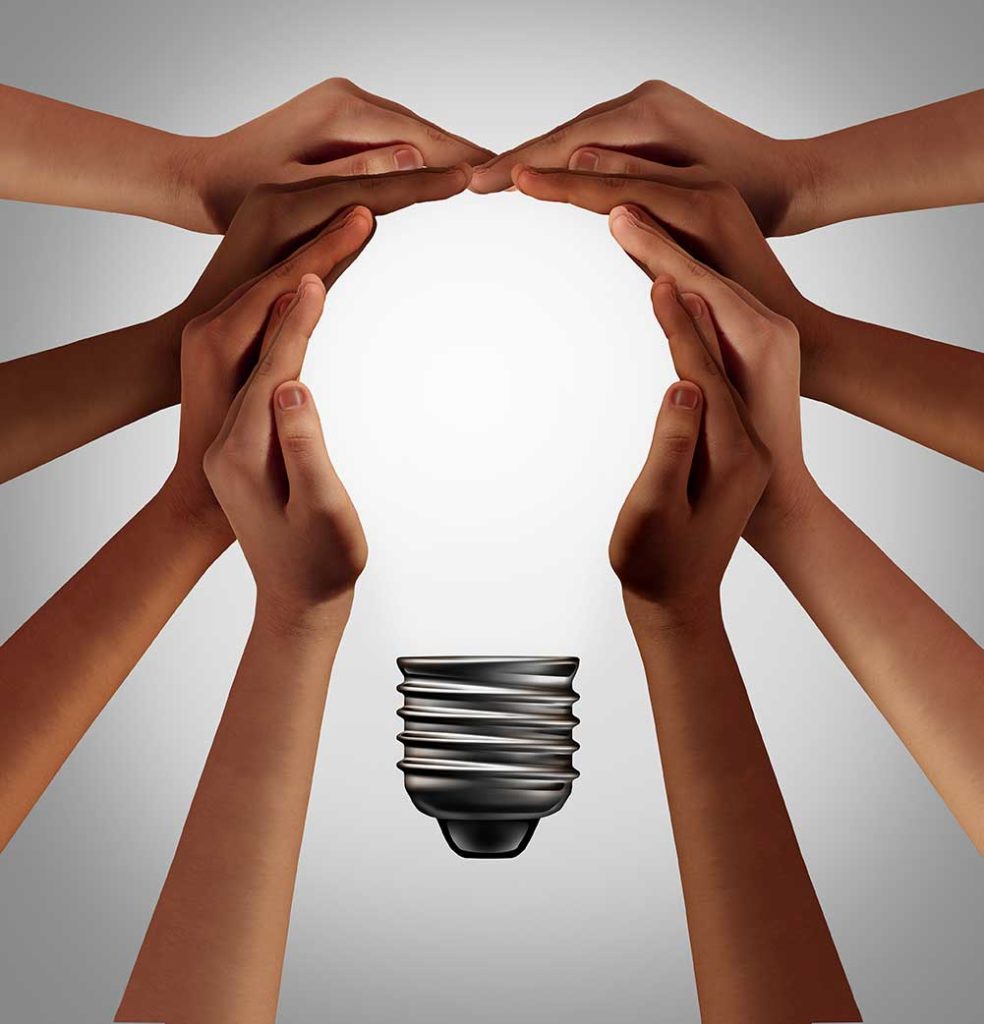 Physicists from nations that are mortal enemies of each other—India and Pakistan, Georgia and Russia, Israel and Iran—set aside national differences and personal egos to pursue the higher goal they held in common.

Christians also clearly believe in higher goals. Yet it seems competition between churches is more the order of the day than cooperation. Can people of faith learn something here from people of science? The dynamics of competition and cooperation, in science and theology, call for closer inspection. ...Read More

Faith and the Science of Coping with Crisis

Stay-at-home and social distancing orders have radically altered the comforting rituals of worship and other routines of religious communities. But people continue to use their faith for coping—and science, including social science, can shed light on the role of faith in managing the stress we feel.

“Religious coping” has been a topic of psychological, sociological, and medical research for three decades. How does one utilize the beliefs, rituals, community, and other resources of faith to handle challenging situations such as a health crisis? This short essay can’t tackle every aspect of this question, but I can highlight a couple of intriguing facets of this intersection of faith and science.

Stressful situations increase the use of religious coping, as part of what is called the “stress mobilization effect.” But not all coping is equal, and science categorizes how we handle situations based on efficacy. ...Read More

The Path to Peace?

When David prays, “Create in me a clean heart,” he is not asking God for an angioplasty. The focus of creation here is not physical molecules. This point seems obvious, but its implications for rediscovering Genesis are immense.

Likewise, when Isaiah uses the same verb (bara’) to speak of God creating Israel (Isa. 43:1) and creating Jerusalem (65:18), the goal in view is not a physical building project. Rather, God’s creative work involves redeeming and restoring people.

Now what if something similar is true of creation in Genesis? In other words, what if God is not configuring physical molecules, but instead ordering the cosmos and turning the whole world into a temple of worship?

In this new (or rather, ancient) reading of Genesis, the conflict with evolution starts to evaporate.

The following interpretation draws heavily on the scholarship of John Walton and others who have studied the ancient Near East, in order to figure out what the Hebrew words of the Bible meant to the people who first heard them. However, the basic insights of this reading can be gleaned simply by using Scripture to illuminate Scripture.

In this new (or rather, ancient) reading of Genesis, the conflict with evolution starts immediately to evaporate. Evolution becomes simply a scientific theory, to be evaluated on its scientific merits. But Genesis and evolution are no longer at odds, if we come to accept that Genesis is not an account of physical molecules or physical origins.

This reading of Genesis is not a new one forced upon us by scientific evidence. It is an old reading based on Biblical evidence. It is not a reading that says Genesis must be interpreted as mythical or figurative. Instead, it says God literally created everything in the span of just seven days—but first we need to understand what creation literally means, in the Bible. ...Read More