Viruses have taught the world they have cruel power to kill people, melt down economies, and unravel social fabric.

But viruses were also crucial to the discovery of CRISPR, and in that sense viruses may actually wind up teaching us how to save lives and cure diseases.

CRISPR is based on a technology that the natural world has developed to counteract viruses. So first, a word, or reminder, about how viruses operate.

Viruses cannot survive on their own, but only by invading host cells. Every organism on earth, from bacteria to people, is the potential home for some kind of virus. But any kind of virus is a horrible house guest. It moves in, multiplies, and soon burns the place down—the invaded cell dies.

In response, organisms fight back, using the entire arsenal of their immune systems. In humans, a fever is the body’s attempt to turn up the heat and kill the virus. If that doesn’t work, the body will try something else. The body will go to any lengths. Sometimes it will literally kill itself trying to kill the virus. Technically, nobody dies from coronavirus. People die when their immune systems go into overdrive and things go haywire.

Often, however, organisms are successful. They survive a viral attack. The cell of the organism finds a way to tell the virus: Get lost. Go multiply someplace else. In other words, they become resistant to the virus. They can even develop an immunity.

And now, to see how CRISPR Cas9 came about, let’s turn to the immune system that is the hero of the story. It is found not in humans—but in yogurt.

A virus attacks by injecting its DNA or RNA (its own small genome) into the cell of the bacterium. Left alone, the virus will destroy the cell. But some cells, for whatever reason, are able to survive. They are even “smart” enough to figure out what’s going on. Bacteria have memories. They remember the invading virus and get ready for the next attack. How?

By using their internal police force. The bacterial police force takes information about the virus, based on the last invasion, and turns this information into a “most-wanted poster” (in the words of Fyodor Urnov at the Innovative Genomics Institute).

Now we come to the crucial insight, which was first published in 2012 by Jennifer Doudna and Emmanuelle Charpentier. Cas9 can be directed. It is a “programmable protein,” as Doudna says. 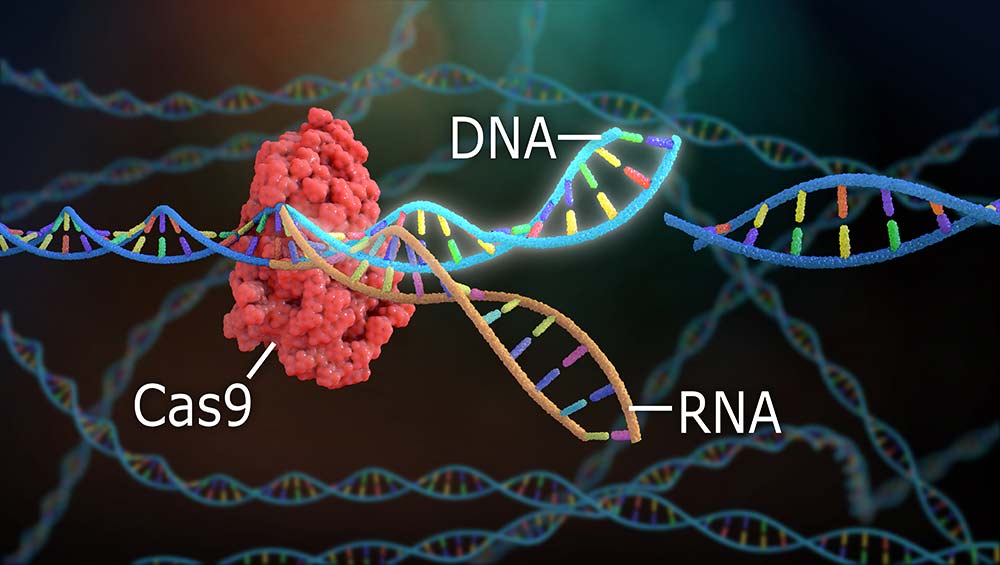 Cas9 cuts viral DNA because it has instructions to cut viral DNA (the most-wanted poster). But you can give Cas9 different instructions—a different poster—by inserting other genetic letters into Cas9. And it will cut the new target instead. The cutting instructions are in the form of RNA. This means the process is simple to manipulate. For scientists, RNA is easy to make in a lab.

“I can cut any DNA I want, just by changing this little piece of RNA,” says Professor Doudna, in the film Human Nature.

It is definitely profound—all scientists agree. Exactly how profound is what remains to be seen. We can explain the state of the art by using terms from word processing. CRISPR Cas9 technology currently works like the “find and delete” command. This function is extremely useful, since many diseases could be treated simply by cutting out the genetic code that causes them, then allowing the DNA to repair itself. (DNA does this kind of repair work all the time, and does it well. A dental x-ray slices and dices DNA, but the DNA repairs itself.)

However, even greater potential lies in using Cas9 technology as a “find and replace” command. Along with the RNA guide of what to delete, the Cas9 protein can also be given new genetic code to insert. Cells are sometimes able to splice the new (or corrected) genetic material into the genome. However, this process does not always work smoothly, one hundred percent of the time. Scientists do not yet have the same degree of precision with adding as they do with deleting. They are working on it.

Further, the delete function is sometimes too precise. Cas9 will cut exactly the letters it is given, even if those same letters are occasionally embedded in sections of code that serve a good function. The most wanted poster does not distinguish between culprits and innocent bystanders that fit the same physical description. This is another problem they are working on.