The value of cooperation, in science and theology, from the Manhattan Project to the Council of Chalcedon

“In the race to develop a SARS-CoV-2 vaccine, everyone must win.”

So writes Seth Berkley, in an editorial for Science magazine (March 27, 2020). Dr. Berkley, CEO of the Vaccine Alliance in Switzerland, urges cooperation in overcoming COVID-19. He says it calls for a joint, international effort among scientists—comparable to the Manhattan Project, in terms of sharing expertise, information, and resources.

“The Manhattan Project during World War II didn’t just bring about nuclear weapons quickly,” Dr. Berkley writes. “It led to countless changes in how scientists from many countries work together.”

As an example of cooperation, the CERN project comes to mind. To design and run the 17-mile long Large Hadron Collider (particle accelerator or “atom smasher”) in Switzerland, ten thousand scientists came together from 100 different countries. Physicists from nations that are mortal enemies of each other—India and Pakistan, Georgia and Russia, Israel and Iran—set aside national differences and personal egos to pursue the higher goal they held in common.

Christians also clearly believe in higher goals. Yet it seems competition between churches is more the order of the day than cooperation. Can people of faith learn something here from people of science? The dynamics of competition and cooperation, in science and theology, call for closer inspection.

First, a word in favor of competition. Competition has part to place in science, including in the early stages of vaccine development.

“Allowing different efforts to follow their own leads during the early stages will take advantage of healthy competition that is vital to the scientific endeavor,” Dr. Berkley notes, at a time when at least 44 vaccines for COVID-19 were in early-stage development.

But relying on competition alone would mean we get the first vaccine to cross the finish line, not necessarily the best one for public health. Instead, to achieve the optimal result on the quickest timetable cooperation is needed—“an extraordinary sharing of information and resources.” Cooperating internationally, scientists would be able to select the best vaccine candidates from the dozens on offer, and run clinical trials in the best testing locations anywhere in the world. 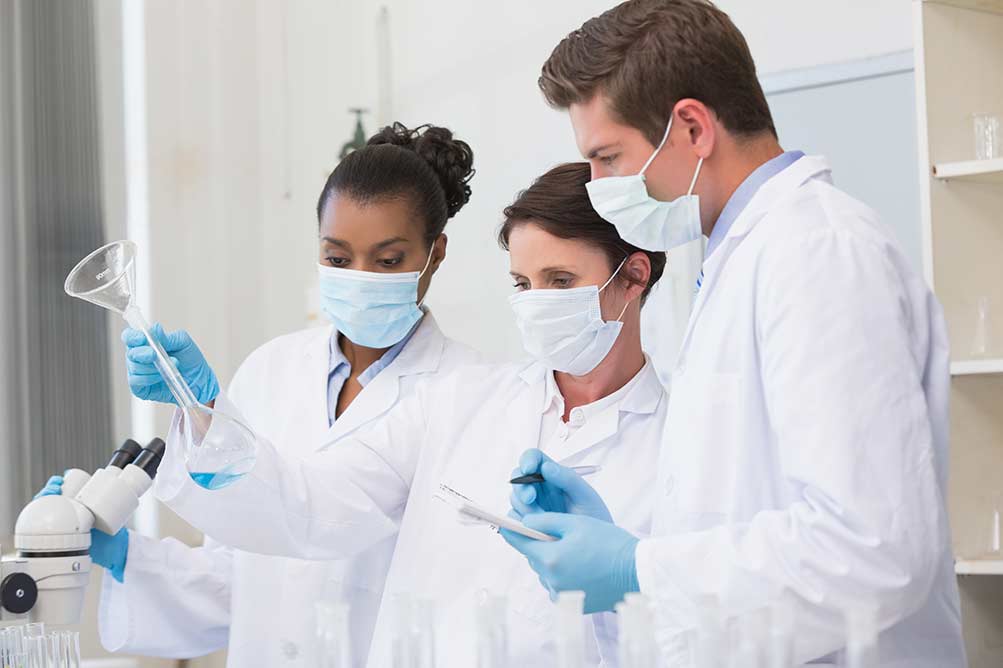 Competition and cooperation both have their place in science. The same seems to hold in ministry. The Apostle Paul fosters some friendly competition between churches in his fund drive for the church in Jerusalem. But he also warns against competition that leads to factions. He tells the Corinthians to adopt a more cooperative mindset (“I planted, Apollos watered…”).

More recently, the sociologist Rodney Stark has made a fervent case for church competition. He claims that the free market of American Christianity has fostered competition, which has contributed majorly to church growth. By comparison, the state church system of Europe contributed to dwindling Christian populations, because churches with state funding and clergy with guaranteed positions too easily grow complacent and unresponsive to people’s needs.

Say what you will about Stark’s reasoning, it is true that the U.S. is still the most religious western country, with the possible exception of Ireland. Less than ten percent of Americans are atheists, according to the most recent report from the Pew Research Center, whereas atheism across Europe is much higher.

However, Stark’s encomium to competition leans too heavily on the language and reasoning of economics. In business, competition makes perfect sense. And it also makes sense to say that science and ministry both have “business” aspects. Both require money, and their funding is largely voluntary. People and granting agencies pay for what they want, and in the case of churches, people go where they want.

But a business paradigm fails to capture what is most important. In both science and religion, the goal is not, or should not be, financial profit. Nor can scientists and theologians always give people what they want—because they are more deeply committed to something else, called truth.

The news media may serve as a cautionary tale of what can happen if fierce competition clouds the pursuit of truth. When getting more eyeballs on the screen becomes the top priority, reporting too easily devolves into entertainment. News outlets become brands. They develop target audiences who enjoy particular slants on the news that fit their ideological agendas.

At their best, scientists feel obliged to “follow the evidence,” not the money.

Science is often funded by groups with some kind of an agenda, but scientists must resist temptations to fiddle their findings just to please their patrons. If faced with competing research results funded by the dairy and margarine industries, people will not know what to believe about cholesterol.

At their best, therefore, scientists feel obliged to “follow the evidence,” not the money. Their aim is to be truthful, not popular. If science becomes a competition for fame or financial backing, truth is compromised. The better angels of science are found in scientific cooperation—as witnessed in the CERN research center, and as hoped for in the development of a COVID-19 vaccine.

We can apply these principles to theology and ministry. Here too people pursue truth, not popularity. Since the gospel is good news, we may expect and pray its truth will indeed be popular. But popularity is never the goal.

Likewise, a favorable balance of cooperation over competition will produce the best theology, the best missionaries, the best ministries of care and compassion. Yes, competition may be a feature of nature, even a God-ordained feature of human nature. Perhaps competition aids in the process of “spurring one another on toward love and good deeds.” Certainly competition has been an ingrained feature of Protestant Christianity. But the better angels of theology are found in cooperation, starting with the Jerusalem council depicted in Acts 15, and continuing through the councils held at Nicaea, Constantinople, Ephesus, and Chalcedon. 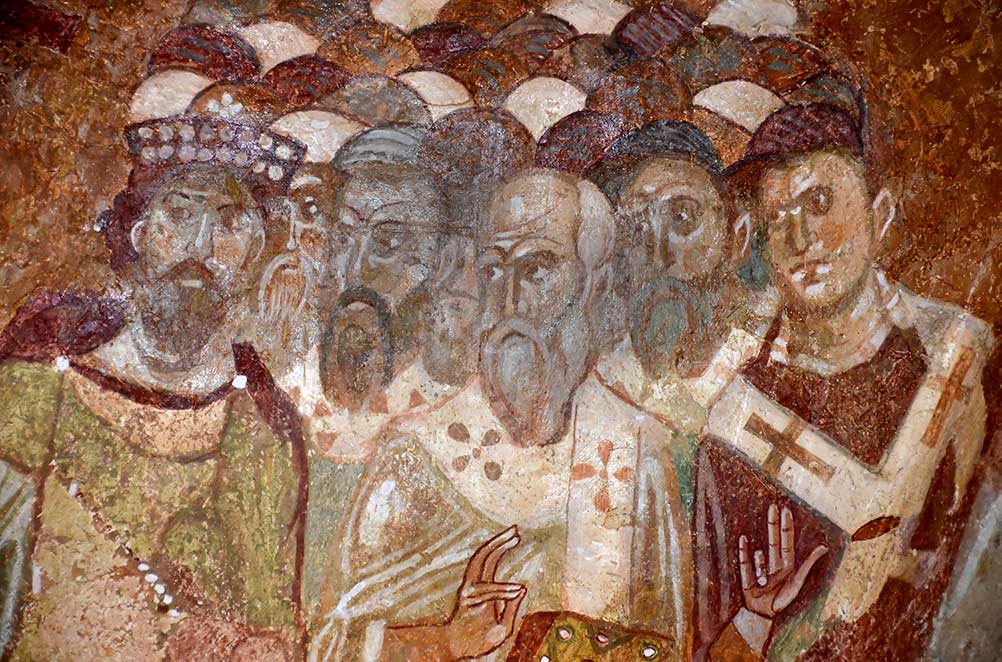 No doubt political interests were part and parcel of the Seven Councils, as well as competitive power struggles. But overall participants were able to rise above those baser motives, and to reach a cooperative consensus whereby they could say, “It seemed good to the Holy Spirit and to us…” (Acts 15:28).

As a more recent case study, we see both cooperation and competition at work in Pentecostalism, which over the past hundred years has become the fastest-growing movement in Christian history.

Yet the best is not everywhere the norm. Nowhere is competition more keenly felt than in Pentecostal circles, and sometimes this competition contributes to downfall. At its worst, the church becomes a consumer product. Ministers becomes obssessed with counting people and money. And theology veers too quickly into heresy—making predictions and promises that neither God nor the pastor has any intention of keeping.

These problems are not peculiar to Pentecostal Christianity, but the fruits of cooperation and competition are seen there in starkest relief. 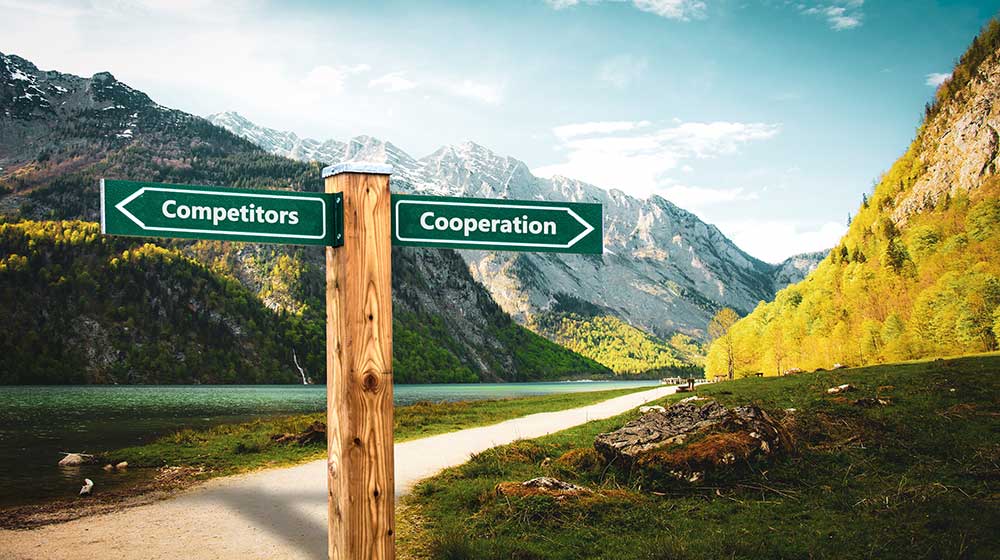 For all its excesses, however, Pentecostalism was a reaction and corrective to a church ensconced in administrative structures and theologically captive to guilds of professional scholars. The bishops gathered in early church councils understood something churches and seminaries would do well to remember—that Scripture is interpreted best when biblical scholars cooperate with people around the world who live and pray their faith with heartfelt devotion.

Here is one area where cooperation is especially needed today: between scholars, who do have a significant contribution to make, and everyday saints whose education has come from seeking the truth and following the evidence, wherever the Holy Spirit leads.

In hoping to cure the various viruses attacking the church today, ministers and theologians, no less than scientists, will benefit from extensive cooperation and thoroughgoing commitment to the higher goals they hold in common.